Hello and welcome to the fifth edition of the Carnival Newsletter!

Last week we packaged three stonking beers into can. Macau makes it's first venture into small pack, along with two new Gose style beers that are overflowing with punchy flavour.

Click this to see the cans on our web store 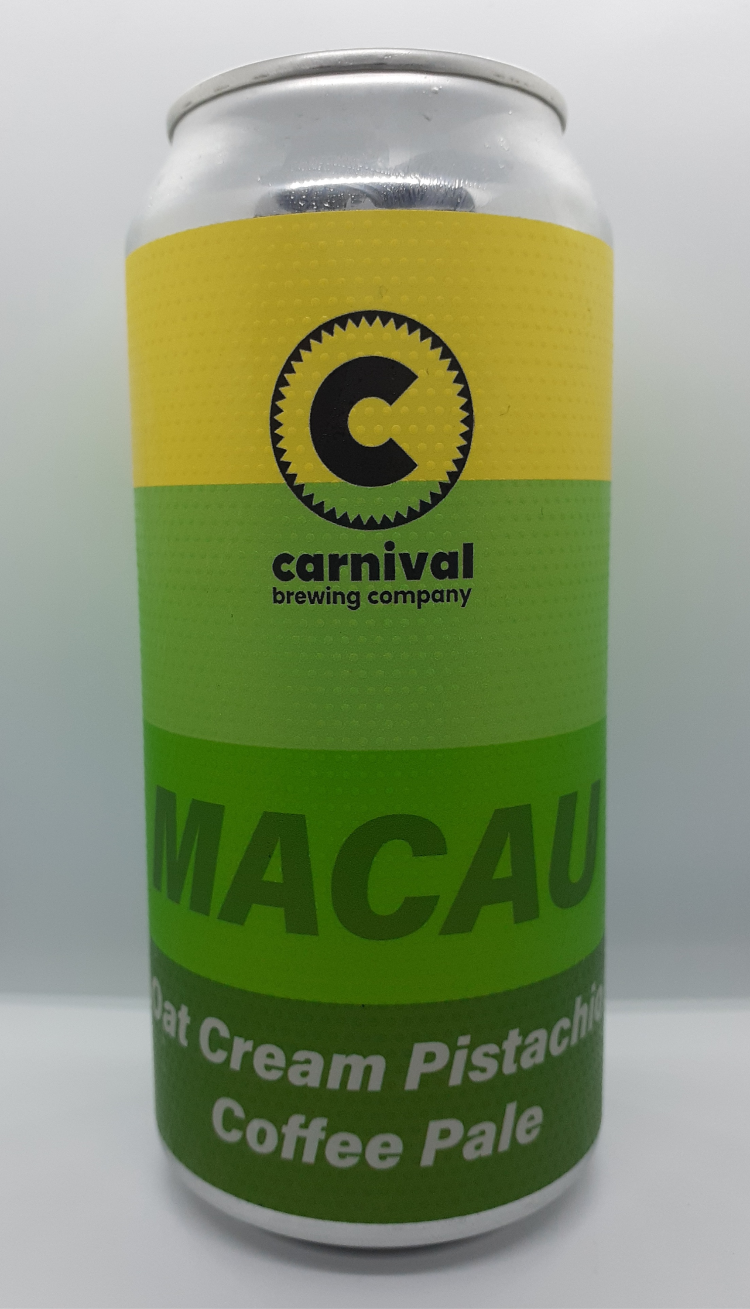 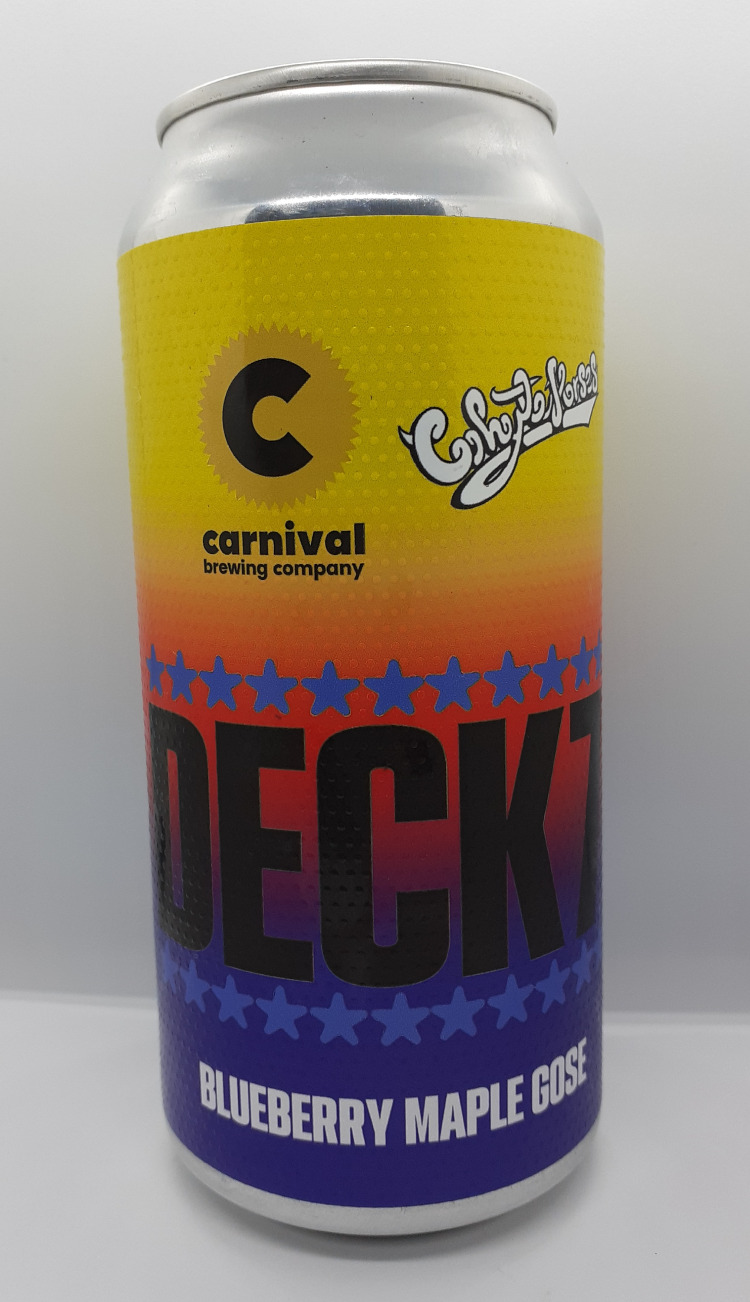 Click this to see the cans on our web store

We delayed this edition of the newsletter in anticipation of the latest Government actions announcements. We are pretty gutted following the announcement of new restrictions in the Liverpool City Region, but by Saturday morning they will become law so we ask customers to consider the following* before deciding to visit us this weekend.

> Although we exercise excellent covid-safe, social distancing practice in our Tasting Room, we can no longer allow groups of mixed households to sit inside until further notice.

> We can allow a mixed group (up-to 6) as long as the members are part of a social support bubble.

> We can allow mixed households to sit on a table of 6 outside, but be aware the weather this weekend is looking wet and we don't have rain cover just yet.

> We ask that customers scan the QR code using the 'NHS' Track and Trace phone app if you have a compatible smart phone.

*these points are subject to change as we are still awaiting full guidance to be published by the Government.

In happier news, on Friday and Saturday this week, Fritto are back at our Taproom! If you like authentic Italian street food, do not miss your chance to try some of Luca's epic dishes.

3. An Interview With Adrian Burke, Co-Founder of Carnival Brewing Co

Q: Tell us a little about your beer history. Can you remember the first ever beer you

drank? And was there one moment that opened your eyes to how varied and exciting

A: Delving back into the past, for lager it was probably Guinness’s answer to Holsten Pils

called Satzenbrau. It had a classy advert, like Ferrero Roche, we were sucked in. But my main stay being an Irish lad was Guinness. For years, pint on pint.

Going to Dublin and going to the Porterhouse was a real blast, their Oyster Stout blew me away. They had beers from all over the world and it was the first time I was introduced to the universe of beer.

The moment my eyes opened was probably a trip to San Francisco in 2008. There was a bar

on Haight Ashbury which had tap after tap of all different styles of beer, but the difference

was they were all brewed locally. From hop forward beers to fruited beers, we had so much fun delving into the menu. I can remember my mind being blown by this experience. However, the next day we ended up in an Irish bar and carved our names into a refurbished

Q: We’ve heard previously from Dom about the origins of Carnival. Do you remember the specific moment that prompted you to take the step from home brewing to opening

A: It was there from the first time we met. Within the first 10 minutes of chatting about music,

Dom was actively looking at the possibilities. I was dead interested in how it could happen, but at the time the first step was to start brewing together. Our mate Colin Carnivalier said, “He wants to make beer and you’ve got a double garage la, just f’king do it”!

swirling around in my head. I rang Dom and we agreed, “Let’s look at the garage”. This was

option 1, but it was always the plan that we would open a brewery and taproom, and my inspiration to continue on the journey was the Beer School by Steve and Tom, the founders of Brooklyn Beer.

Q: What is your favourite beer style to drink now?

A: Sad to say this, but Gose. This is purely for selfish reasons. After years of essentially being

Mr Mop and brewery assistant with Dom, we received the challenge from the Bonnacons of Doom to make a margarita beer. It has been my first recipe, solo brew and is now canned under the moniker Pracatan (after the fabulous Margarita Pracatan). I am now wanting to perfect this style of beer as that flavour profile has really got me now.

Q: Which Carnival beer are you most proud of so far and why?

A: I would have to go for Macau. This was a joint effort between myself and Dom and seeing the reaction of Chris from Pi was affirmation we were going in the right direction.

I’d feel like I was abandoning my child if I didn’t say how much I love Pracatan. The first

time it was brewed I led the brew with my wee bro, Dee. The family had come down from

Glasgow to see us when some lockdown restrictions lifted.

The additional ingredient for the salt profile is dulce. Dulce is a dried seaweed, which my

mum sourced for this brew from the big market in Belfast city centre called St George’s. We

grew up eating dulce and ate it like crisps.

Q: Do you have a favourite hop?

A: This is one that changes so much, from the wonderful bursting flavours of Citra to the subtle Wai-iti. I don’t think I have a favourite but recently I’ve enjoyed Idaho 7 in beers, but then there is Nelson, and and and and ………..

Q: Is there a 'Holy Grail' beer style that you would like to brew in future?

A: To be able to have our own set up to brew lambic-method beer is part of our inspiration to keep on growing. I’ve been introduced to so many beer styles through this journey it is amazing.

Q: At the brewery, we all know how passionate you are about music and supporting

emerging and established bands. What would you say is your favourite genre, and can

you single out one band you regard as your favourite?

A: We are music obsessives, it has always been a big part of my life.

listen to. Jumping around to Elvis’s golden hits in my Liverpool football socks thinking I was

a rocker, sliding off the table in our living room in Belfast. Being told to sit down by my Dad,

in and being mesmerised.

I love all sorts of music and just love music that makes me energised. My obsession for the

last decade has been the music of Mr John Dwyer in all the variants from OCS, Thee Oh

Sees, Oh Sees, Osees, Damaged Bug… there are many more. This music transverses those

categories that people try and pigeon hole music in to. Hell yeah, just listen to Osees.

Q: What would be your dream event to host at the tap room?

A: That’s an easy one, Osees playing a full-on gig at Carnival, with Whyte Horses, Bill Ryder-Jones and Bonnacons Of Doom supporting. And of course, some Osees inspired beer flowing.

Peace and love from Carnival

Here's the brewing schedule for next week (subject to change):

Have a great weekend

The effervescent sounds of the Whyte Horses